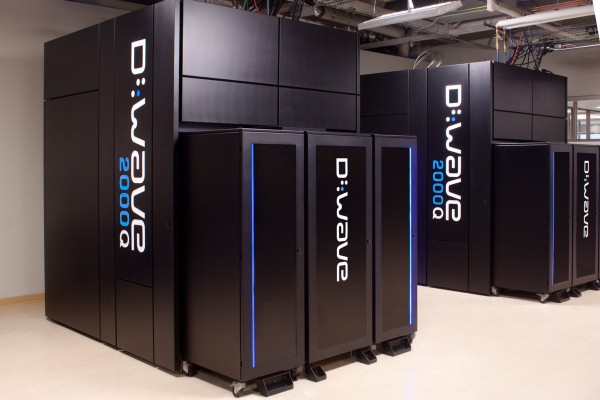 The 2016 US Presidential Election ended with a surprise that Mr. Donald Trump won, despite the overwhelming prediction of a Clinton victory. There have been many studies challenging the theories in traditional political forecasting.

Some took an approach regarding statistics. Many studies concluded that many election forecasting models did not take into account between individual states predictions. However, a classical computation method limited such type of models that connects individual states (or fully-connected models). Hence, a group from QxBranch and Standard Cognition resorted to adiabatic quantum computation. (See: arXiv:1802.00069.)

D-Wave computers are adiabatic quantum computers that perform quantum annealing. A D-Wave 2X has 1152 qubits, and can naturally describes a Boltzmann Machine (BM) model, equivalent to Ising model in statistical physics. The energy function is described by:

are the values of all qubits (0, 1, or their superpositions). The field strength

can be tuned. Classical models can handle the first term, which is linear; but the correlations, described by the second term, can be computationally costly for classical computers. Hence, the authors used a D-Wave quantum computer to trained the election models from June 30, 2016 to November 11, 2016 for every two weeks, and retrieved the correlations between individual states. Then The correctly simulated that Mr. Trump would win the election.

This Ising model of election was devised after the election, and it is prone to suspicion for fixing the problems using the results. However, this work demonstrated the power of a quantum computer that it solves some political modeling problems that can be too complicated for classical computers.