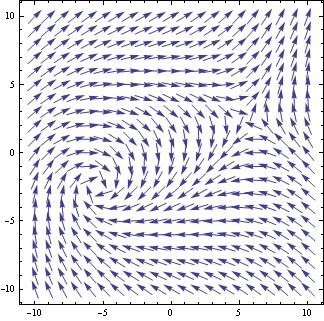 Michael Kosterlitz, Duncan Haldane, and David J. Thouless are the laureates of Nobel Prize in Physics 2016, “for theoretical discoveries of topological phase transitions and topological phases of matter.” Before Thouless, topology was not known to the physics community. It is a basic knowledge nowadays, however.

I am particularly familiar with Berezinskii-Kosterlitz-Thouless phase transition. What is it? Before that, phase transitions had been studied through the framework of spontaneous symmetry breaking, employing the tools in functional field theory and renormalization group. Matter can be in either disordered state that the symmetry is not broken, or ordered state that a particular continuous symmetry is broken. Near the critical point, many observables found to exhibit long-range order, with

, which are so universal that all physical systems described by the same Landau-Ginzburg-Wilson (LGW) model are found to obey it. But in lower dimensions such as d=2, proved by Mermin, Wagner, and Hohenberg, an ordered state is not stable because of its huge fluctuation.

The absence of an ordered state does not exclude the possibility of a phase transition. Berezinskii in 1971, and Kosterlitz and Thouless in 1973, suggested a phase transition that concerns the proliferation of topological objects. While the correlation must be short-ranged, i.e.,

, a normal description using LGW model in d=2 does not permit that, unless vortices are considered. However, below a certain temperature, due to energy configuration, it is better for these vortices to be bounded. Then the material exhibits quasi-long-range order, i.e.,

. This change in correlation function is a phase transition different from that induced by spontaneous symmetry breaking, but the proliferation of isolated topological solitons.

In machine learning, deep learning is the buzzword. However, to understand how these things work, we may need a theory, or we may need to construct our own features if a large amount of data are not available. Then, topological data analysis (TDA) becomes important in the same way as condensed matter physics.